The reason to our partnership with Capelli…. 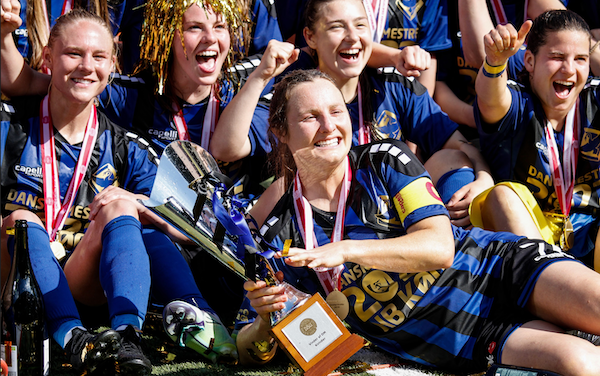 HB Køge, with five Americans on its roster, for the second straight season finished first in the Gjensidige Kvindeliga, Denmark’s top tier women’s league. Its captain, Kyra Carusa, was named the league’s 2021-22 Player of the Year.

Carusa, who helped Stanford win the 2017 NCAA Division I title and a year later as Georgetown grad student helped the Hoyas reach the semifinals, arrived in Denmark in early 2020 when HB Køge played in the second tier. After American George Altirs, the founder of Capelli Sport, bought the club in July 2019, a pipeline to American talent helped HB Køge win promotion to the top tier in 2020 and the 2020-21 title that led to a group stage appearance in the 2021-22 UEFA Champions League.